Email article | Print article
379387
Lee Klein
Weeknights 10p-1a
Treadmill To Oblivion
Lee began his career in broadcasting in New Jersey in New Brunswick. He graduated from Jacksonville University and Rutgers University. While at Rutgers, Lee was President of The Complaint Club and wrote his college thesis on the power of negative thinking.  After entertaining hundreds of listeners on WRSU, Lee's next stop was The American Sports Radio Network where he co-hosted a show with Marty Rodick. Mr. Rodick is still recovering from the  experience and his whereabouts are unknown.  Lee has also had an active role during the past with Clipper and Dodger broadcasts. Lee also has hosted Laker Talk on KLAC.  Lee's on AM 570 nightly along with working Clippers halftime and post-game Clipper wrap-up. Lee is now in the process of writing a book about his broadcasting career...the working title is "Treadmill To Oblivion." 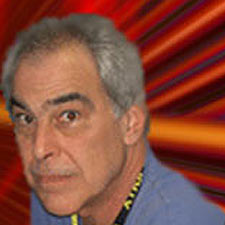