At 26, Spero has already worked play-by-play assignments for 3 of the 4 major television networks in the country.
Dedes was most recently the host of NBA TV's Hardwood Classics, and the NBA "Insiders" -- a nightly, live, 60-minute interview program dealing with "everything NBA." For the past two seasons, Dedes has handled NBA TV's First Round Playoff play-by-play duties as well.
Dedes, has served as the voice of the YES Network's collegiate sports coverage (football and basketball), and served as a fill in as YES' play-by-play announcer on Nets' telecasts behind Ian Eagle and as a studio host for the Yankees' and Nets' pre and postgame shows.

Dedes, 26, began his broadcasting career at WFAN Radio in New York, where he handled 20/20 updates and served as the Jets' beat reporter. Also in 2001, Dedes was the radio voice of the Arena Football League's New Jersey Gladiators, working alongside WFAN's NFL expert, Steve Cohen.
The Paramus, N.J., native and 2001 Fordham graduate was the inaugural recipient of the Marty Glickman Award, given to the Fordham announcer who best exemplifies the standards set by the late sports broadcasting icon. 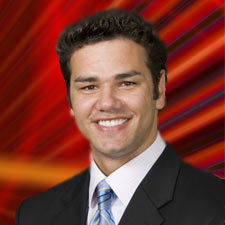