Email article | Print article
378299
Jim Rome
Weekdays 9:00am - noon
Perhaps the most respected voice in the world of sports broadcasting, Jim Rome is the leading opinion-maker of his generation. As host of the nation’s premiere sports radio talk show, Rome is known for his aggressive, informed, rapid-fire dialogue.

Jim has established himself as the top choice of athletes and fans when it is time to know what is going on beyond the scoreboard.

But these are no ordinary listeners; they are a legion of fans known as the clones who live and breath for Jim Rome’s “take” on the day’s larger issues of sport. It is his departure from conventional sports commentary that has resulted in Rome’s unique dialogue with his listeners.

In addition to his daily radio grind, Rome hosts Jim Rome Is Burning, a weekly live, one-hour, provocative sports talk show. The program originates from Los Angeles and features opinion, Rome’s “rants,” debate and guest appearances by some of the biggest name in sports.

Rome has made a cameo appearance along side Michael Jordan in Space Jam; appeared in Blink 182’s music video; appeared on HBO’s Arliss; and released a CD, Welcome to the Jungle, which features memorable sound bites from frequent callers and the hip music regularly used on the radio show.

It was during a temporary stint on a late-night show for the station that Rome debuted his “smack” (Jungle Glossary term meaning sports talk in a gloating, uninhibited or unbridled manner). The style yielded high ratings, and, by acclamation of his listeners, The Jungle was born. In 1996, to further keep up with demand, Premiere Radio Networks acquired exclusive syndication rights and the program continues to pick-up affiliates throughout the country.

Rome graduated from the University of California, Santa Barbara in 1987, with a degree in Communications. He currently resides in Los Angeles with his wife, Janet and two sons. 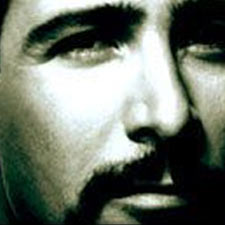